Gucci came out with a balaclava sweater where the mouthpiece is replaced with huge, red lips. Prada’s design was a little more obvious: a key chain with a caricature that was practically pulled out of the blackface handbook.

Both fashion houses released the same generic apology. Full of “It wasn’t our intention,” BS. The creative director of Gucci said that the whole debacle has caused him “grief”. And Prada even formed a diversity council, so a mistake like this won’t happen again. But for many, the apologies aren’t enough. Celebrities like T.I., Spike Lee, and Ava DuVernay have called for a boycott of the brands until it’s proven that they have done better.

Did this whole thing annoy me? Of course, I’m black. Any and every form of blackface offends me.

But at the end of the day, I can’t afford Prada or Gucci so, it’s not like I have to worry about cleaning out my closet or going out of my way to not buy their products. What I am angry about is not a single person on their team looked at these designs and at least warned them it was a bad idea. Or maybe they did know the history of blackface and they just didn’t care.

For a lot of people, blackface still doesn’t seem like a big deal, probably because they don’t understand the history behind it.

Blackface dates back to the 1830s, where white actors would paint their skin black and over accentuate their lips with white paint. It stereotyped how black people spoke and how they acted. They made fun at how we looked and depicted us as lazy and ignorant.

These stereotypes left eventually minstrel shows and made their way into films. Hollywood darlings like Shirley Temple and Judy Garland even performed in blackface. It wasn’t until the Civil Rights Movement that people started speaking out against it.

Obviously, blackface is still used today, mainly by fratboys and members of the United States government.

As much as I love to admire the fashion of high-end Black designers, I can’t afford their clothes either. So, in honor of Black History Month, I really wanted to make an effort to support black business. Below are 5 awesome places to support.

This website has EVERYTHING you would need. From beauty products to clothes and laundry detergent, they have it all. It advertises thousands of black businesses that you most likely wouldn’t know about otherwise.

I have way too many shirts and hoodies from this site. They all have cute and adorable sayings. My favorite section though is the career section. I have “Black Writers Matter” in every style.

If you love black pop culture from the ’80s to the early 2000s like Martin or A Different World, this website is for you. You’re not going to find these styles anywhere else, I can guarantee you that. But be careful, because you won’t be able to buy just one thing. Don’t get mad at me if your card gets declined afterward.

Have you ever seen shirts or jackets on Instagram that say “Black by Popular Demand”?  Thanks to celebrities and social media, HGC Apparel has blown up. They’re even going through a copyright issue with popular store Rainbow for stealing their design. Their products will cost you a pretty penny, but it’s worth it.

Everything on the website is inspired by African patterns. My favorite products? Their sneakers. They cost the same as regular sneakers, but they come in fly styles that you can’t find anywhere else.

This article was originally published on Femestella.com 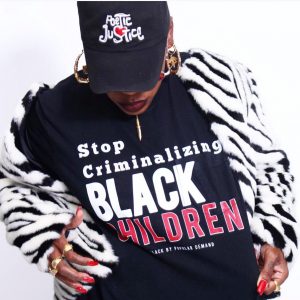 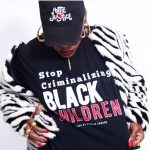 “When They See Us” conversation continues with new HGC Apparel